Unfortunately, nine out of ten refrigerators used by consumers worldwide have a ‘heart’ (compressor) that isn’t that smart. A compressor is the core part of a refrigerator that circulates cool air. If compared to a human body, it would be the heart, and to automobiles, the engine.

Over 95 percent of Samsung’s refrigerators have a digital inverter compressor that automatically perceives environmental changes caused by the surrounding temperature, opening and closing of the door as well as the operating mode, and adjusts its operating speed accordingly. Yet, approximately 90 percent of refrigerators in the world are equipped with conventional, fixed speed compressors. This compressor operates at a fixed maximum speed of 3,600RPM (or 3,000RPM according to electric power) even when only a little amount of cold air is required, ultimately consuming a lot of unnecessary energy and making noises.

Samsung refrigerators are smart and have a ‘strong heart’ that maintains performance evenly for as long as 21 years. This is the reason why Samsung Electronics leads world’s refrigerator market and ranks No.1 with over 50 percent in market share for digital compressors. Let’s look into the details of Samsung digital inverter compressors and the source of their unparalleled competitiveness.

1. Advanced Temperature Control with Unrestricted Speed from 0 to 4,500RPM

The Samsung digital inverter compressor operates by automatically detecting changes in the surrounding environment. It instantly responds to temperature change like people hunching their bodies in cold weather. The temperature inside the refrigerator rises when the door is opened and closed frequently, or when the surrounding temperature increases in the summer. In such cases, the compressor operates intensely at the maximum speed of 4,500RPM as cool air must be injected quickly. Samsung compressors do not require complex handling because they automatically detect these changes and operate at an optimal speed. In comparison, other conventional compressors operate at a fixed speed of maximum 3,600RPM based on a simple on/off system.

The Samsung Chef Collection Refrigerator has a unique, fixed temperature refrigeration technology that stores fresh food within the range of ±0.5 degrees Celsius. This special feature is possible due to Samsung’s digital inverter compressors that detect the slightest temperature change inside the refrigerator and control cool air. Fridges equipped with conventional compressors that always create the same amount of cool air have a significant variation in inner temperature and thus lack the capacity to preserve fresh food. 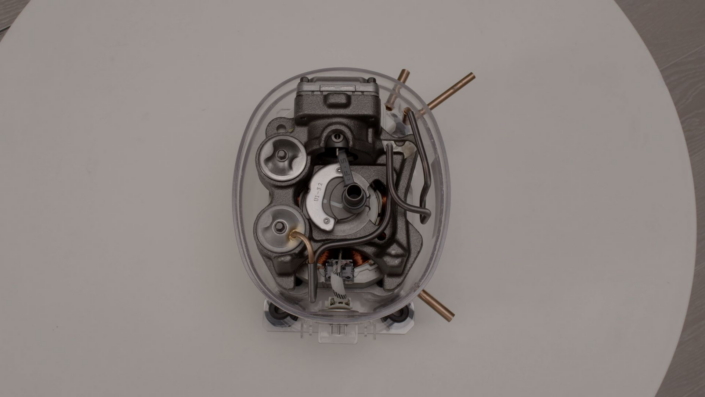 As a Samsung digital inverter compressor stops or slows its operation when the cool air is not required as much, such as at night or in the winter, it significantly increases power efficiency. The variable-speed refrigerating technology unique to the digital inverter can save power consumption by an average of 30 percent compared to other compressors that operate at a fixed speed of generally 3,600RPM.

3. Less Noise: a Fridge that Becomes Silent at Night

There may have been times when you’re in bed at night with your eyes closed, and suddenly the refrigerator starts making a buzzing sound. Samsung digital inverter compressors stop operation or operate silently at low speed at night, dawn, or even daytime if the refrigerator door is not frequently opened and closed. Such flexibility is one of the strengths of Samsung compressors that can control speed without restrictions. 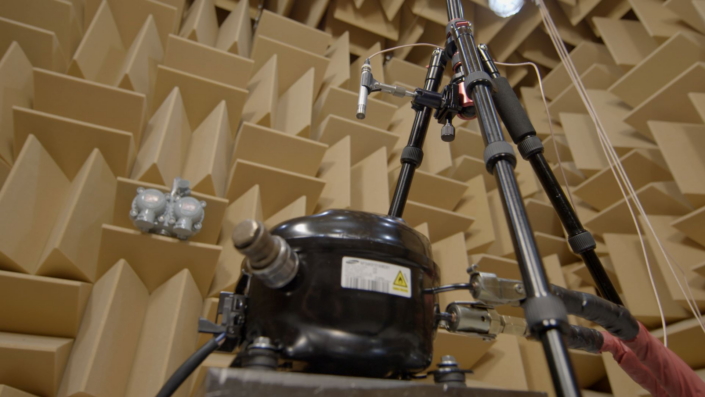 After more than 300,000 tests for 120 days, the German certificate authority VDE (Verband Deutscher Elektrotechnicker) issued a life-span certificate of 21 years to Samsung digital inverter compressors, which is the longest in the industry.

There is a motor inside Samsung compressors (refer to the video), and the compressor changes the rotational motion of the motor into linear piston motion, compressing and circulating refrigerants. This can be compared to a car’s engine, which requires a high level of reliability. Samsung achieved strong durability by incorporating the digital inverter control system with its unrivaled nano-processing technology, which has been developed on based on Samsung’s accumulated experience of manufacturing over two hundred million compressors in the last over 40 years. 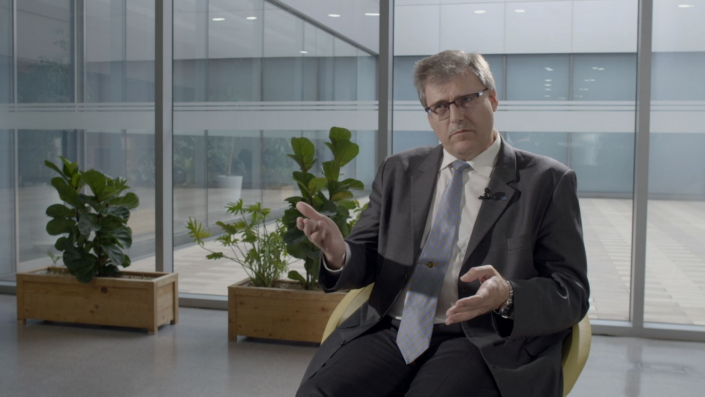 The technology that precisely processes the metal surface at the scale of a few nanometers. If there is even a slight, minute unevenness on the surface of the compressor’s moving parts, such as piston, cylinder and bearing, it could increase friction that could gravely impact performance and reliability. Samsung has developed industry’s leading technology which processes at the scale at 100 nanometers or below (around one four-hundredth width of a single strand of hair) for manufacturing its compressors.

World’s No.1 Manufacturing Competitiveness, with One Compressor Manufactured Every Second

The smart and strong Samsung compressors are used by not only Samsung but also other refrigerator manufacturers. In addition to household appliances such as refrigerators, air conditioners and dryers, the compressors are also used for automobiles, ships, and even for communication base stations. By conversely applying the principle of the refrigeration cycle of the compressor and changing the circulation structure of refrigerants, it can be used for heaters, dryers or heating sheets in cars that release heat.

One of the competitiveness of a Samsung digital inverter compressor, composed mostly of motors and super precision nano-processed parts, is that it can be made as small as a beverage can. It also has a competitive edge in manufacturing cost which allows it to be used in various household appliances and machinery. 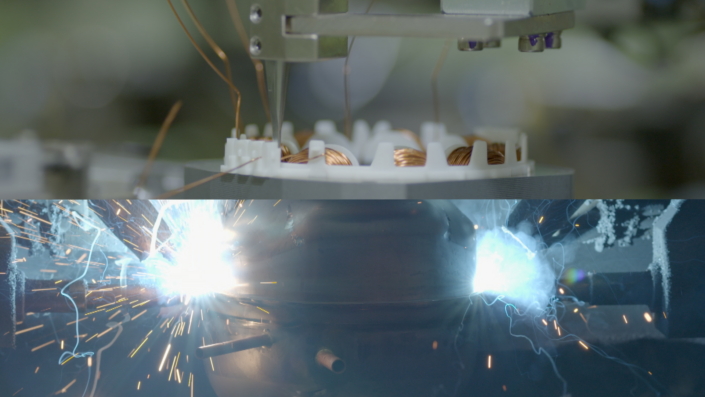